What Are Computer Geeks?

Top Tips for Fixing Your Computer Before Calling A Computer Technician

What Are Computer Geeks? 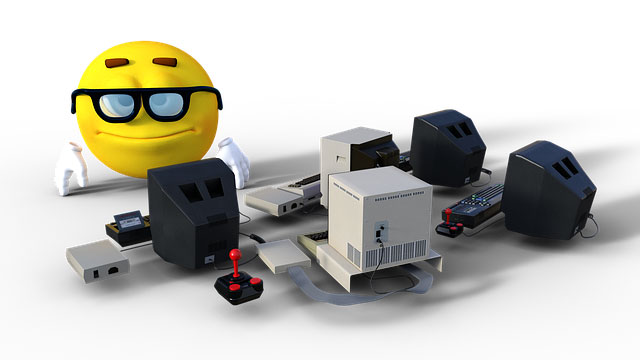 The word “geek” has a lot of connotations. It’s certainly a word that you may associate with American high school movies and TV shows, and it conjures up certain images that are hard to shake off. If you think of a “geek” what do you imagine? Perhaps you think of someone who loves sci-fi, someone who wears thick glasses or somebody who collects comics. Perhaps you’re imagining all three? Or maybe that’s what you think of as a “nerd”. In truth, the lines are often blurred between geeks and nerds, so is there an actual difference between the two? Or are nerds and geeks just the same thing with a different label?

The Origins of Computer Geeks

The 1980s and 90s were the era in which IT geeks first appeared. Schools were equipped with the famous BBC Microcomputer, while at home, the Spectrum 48K and Commodore 64 were popular birthday gifts. A little later, the Atari was introduced and then eventually, the internet appeared on the scene. CDs, DVDs, broadband, online gaming and streaming videos were no longer futuristic fantasies but a reality for all of us.

So, what career could be better for someone with an ongoing obsession with the latest tech and who enjoys helping those who struggle with it than being a computer geek? Computer geeks are passionate about technology and about helping others to address their computer issues.

Why Computer Geeks Enjoy Their Job?

Computer geeks enjoy nothing more than using their expertise for the greater good. Using their experience and knowledge, they can help people to navigate their technology challenges and overcome their issues. Not only do they get the pleasure of helping others but they also have fun at work. Technology is innovative and exciting, and computer geeks work at making their advice more human and comprehensible so that everyone can derive maximum benefit from their tech.

Computer geeks also believe in the importance of assisting those they help to have a better understanding of what they do and why, helping to cut through all the confusion that exists around the latest technological innovations. They aren’t happy until their clients are just as enthusiastic about tech as they are.

Loving The World With Geeks In It

Computer geeks are so deeply immersed in their passion for technology that they are eager to broaden the horizons of the general public and make the latest innovations accessible to everyone. They enjoy exploring their subject in minute detail and love to have a niche. Computer geeks carry on learning more about their subject every day, and love sharing their experience and knowledge for the benefit of others. It’s just as well that modern culture likes geeks, since a world without them would be in serious trouble and we Expert Geeks are the most trusted computer geeks in Auckland since 2014.

Wondering where to find the most passionate computer geeks in Auckland?
Talk to Expert Computer Geeks for the best onsite computer and laptop repairs near you and other IT support services in Auckland.

Let us call you!